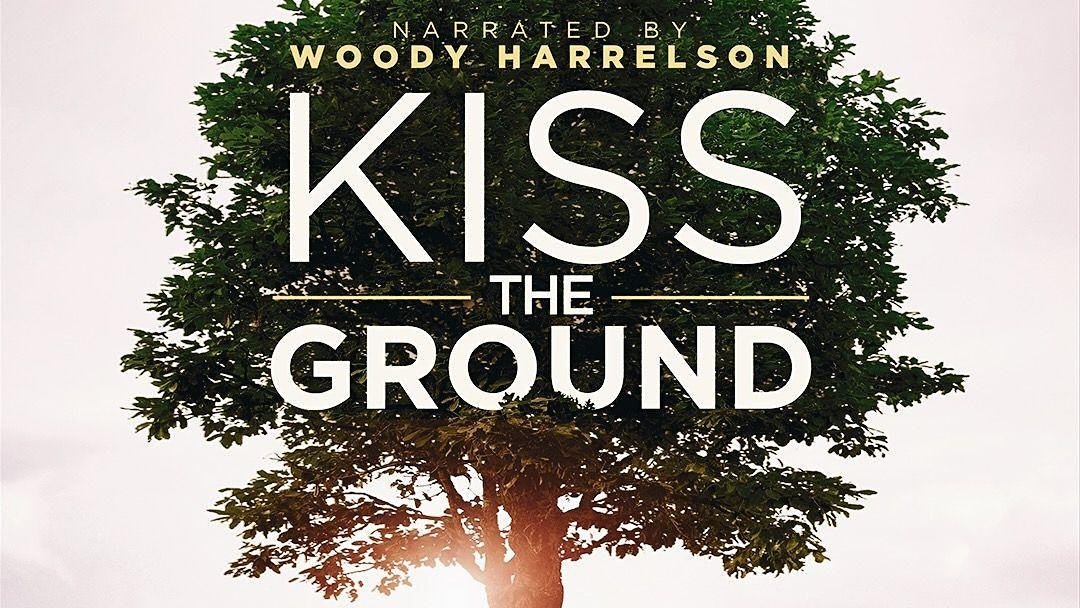 Kiss the Ground is an inspiring and groundbreaking film that reveals the first viable solution to our climate crisis.

Kiss the Ground is a full-length documentary narrated by Woody Harrelson that sheds light on an new, old approach to farming called “regenerative agriculture” that has the potential to balance our climate, replenish our vast water supplies, and feed the world.

Kiss the Ground reveals that, by regenerating the world’s soils, we can completely and rapidly stabilize Earth’s climate, restore lost ecosystems and create abundant food supplies. Using compelling graphics and visuals, along with striking NASA and NOAA footage, the film artfully illustrates how, by drawing down atmospheric carbon, soil is the missing piece of the climate puzzle.

This movie is positioned to catalyze a movement to accomplish the impossible – to solve humanity’s greatest challenge, to balance the climate and secure our species future.

This film will be open to watch from home from the 21st-23rd of March.